Practically every movie ever made had a father figure of some sort hiding somewhere among its characters, but in spite of the sheer number of fatherly roles the movies ( and television ) offered, relatively few of these characters were remarkable.

In celebration of Father's Day we wanted to praise some of the truly great fathers of the silver screen, those men whom we consider our favorites and who stand out among the others.

Here we have spotlighted our Top 8 Daddies :

The crowning king of the Addams lair, Gomez Addams was pretty much a grown-up man with the everlasting heart of a little boy. He had toy rooms galore for the kiddies ( and himself ) to enjoy, always schemed up devilishly clever ideas for amusement, never quibbled about money, and was generous to a fault. When he found out that the school was feeding his youngsters scary literature such as Snow White and the Seven Dwarfs and Hansel and Gretl he exclaimed aghast,  "What are they doing in schools these days? Poisoning our children's minds with...with fairytales!?" and then quickly took action. Gomez always showed a good example by trying to right wrongs through personal action ( especially in government matters ) and by often letting his children know that there isn't really anything in life worth worrying over.

Father Knows Best ...or so we'd like to think. Actually, Robert Young proved that a father doesn't always know best, but rather that he's always learning how to make the best decision for his family. It's a growing thing. At times "Bud" disagreed with him, "Princess" misunderstood his decisions, and "Kitten" put her father in many a scrape but they all loved him dearly and at the end of an episode usually came to the conclusion that their father does know a bit more than they do, even if he does seem old-fashioned to them at times.

Like most California teenage girls, rambunctious, spunky Gidget had a life that revolved around school, boys and surfing. Unlike her classmates though, she did not have a full house to come home to, for Gidget Lawrence had no siblings and no mother. Russell Lawrence was a college professor by trade, but he more than made up for being both mother and father to Gidget as well, and they had a bond unlike any other father/daughter duo on television. If Gidget ever wanted to have a heart-to-heart talk she headed home to spill her feelings to dad. 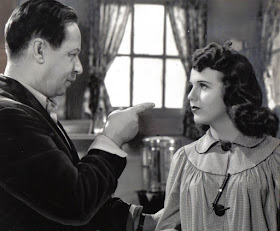 
Robert Benchley, one of the most popular humorists of the 20th century, was hardly what you would consider the fatherly type and yet in 1939's "Nice Girl?" he slipped into the patriarchal shoes with ease. In "Nice Girl?" he played the father of three girls of various personalities, one of whom is Deanna Durbin ( obviously his "pet" favorite ). He's relaxed, amusing, lovable, scholarly, and most importantly...always there. That's a boon for being a work-at-home papa. 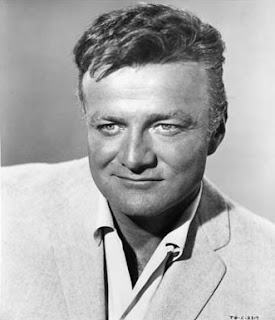 Mitch Evers was a perfect daddy - handsome, strong, rough and rugged and yet fun, loving and gentle. It was this combination that made him so appealing to twin Sharon when she met her father for the first time after switching places with her sister Susan. She wasn't going to give up having a father and go back to Boston again! Brian Keith was perfect in the role of Mitch, especially when he demonstrated his awkwardness when he tried to answer what he thought were questions on the "facts of life" during an afternoon golf game.


Nancy Drew's father, Carson Drew, the ace lawyer of River Heights, knew how to handle impetuous girl-sleuth Nancy - he always let her have her way. She had her daddy tied around her little finger and there wasn't much he could do to control her, in spite of his numerous warnings of the dangers she was getting herself into. But no matter how many scraps she found herself in, at the end of her escapades Carson Drew was always there with his arms outstretched to save his little girl.

Sheriff Andy Taylor always had time for his boy Opie. These two bonded like glue and Andy was the perfect role model for a young boy, especially growing up in a single-parent home. He was kind, understanding and always knew how to spin a simple example into a mighty powerful moral on life. In one of the most popular episodes of The Andy Griffith Show, 'Opie the Birdman', Opie shoots a mother bird from a tree with his slingshot and Andy reprimands him by having him care for the little baby birds until they are ready to leave their nest....a lesson that teaches Opie how hard it is to lose what you love.

What other father told his children fantasy stories, clowned around, wore his cardigan inside out, joined a circus to earn money to buy a car his children wanted, and could sing and dance too? Actually, our daddy did...and that's the main reason we chose Professor Potts as our number one Dad. He's the only movie dad that comes closest to our father. Much like Jeremy and Jemima, we grew up being schooled at home ( by Daddy ), driving around in antique cars that he fixed on in the garage, going on picnics, and discovering the "treasures" that can be found in a junkyard.
Our dad is a fix-it-all extraordinaire by trade and when we were young he amused us by dancing around with Molly the mop, singing "You Two" to us while setting the supper table and of course, by watching classic movies with us - especially Chitty Chitty Bang Bang.

Nancy Drew may think her father is the cat's meow, Gidget may think her dad is real solid, Opie has his pride in Sheriff Taylor, and Susan and Sharon can fight over Mitch but we know we have the real award-winning father....and better yet, we don't have to turn on a television screen to have him close at hand.
The Metzinger Sisters at 3:41 PM
Share