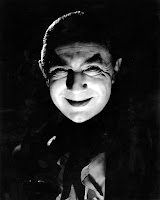 Good evening! On behalf of the Metzinger Sisters I vant to vish you all a most vicked Halloween!

The guests are still streaming through the door promising another day of splendid articles in celebration of the 100th anniversary of my alma mater, Universal Pictures. Igor is doing his best to accommodate them. Guest rooms are limited so please pardon the cramped quarters.

Before we share a toast to this grand old studio please be so kind as to step into the library. We have a marvelous little film to share on the history of Universal Horror. It is only four minutes in length and I vill assure you that it vill vet your appetite for this most bevitching evening.

After the showing ve vill take part in a party game. I encourage you to read the rules. This is a fun and easy game, so no cheating, otherwise I vill personally throw you into the dungeon! Igor, start the reels rolling....

The Scavenger Hunt
How to Play the Game :
Look at the list of items to find. Each object is hidden in a photo within one of the Universal Pictures Blogathon posts. Take note of the name of the blog where you find each of them. Write down the first letter of the blog's title ( not the post title and "the" in the titles do not count ). These letters will spell a four-letter mystery word ( no, not that kind of four-letter word! ). Email us this mystery word and you'll be entered in a drawing for your choice of The Universal Classic Monsters Spotlight Collection DVD or The Abbott and Costello Meet the Monsters Collection DVD. Work fast for the scavenger hunt ends at midnight on November 4th!
( Look to the Contact Us tab to find our email address ) 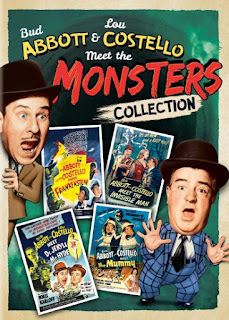 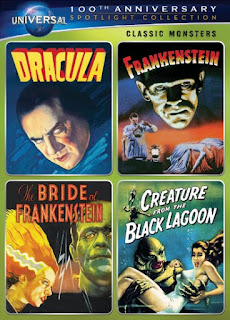 Items to Find
1. a beetle ring
2. an unusual bow tie - in fact its so unusual we have provided a picture of it to help you hunt for it

3. a crystal ball
4. a miniature cannon
Good luck to one and all!
Universal was such a vonderful studio to work at. I spent many happy years there and I am proud to say that they made a large variety of different films in addition to horror....dramas, comedies, mysteries, musicals, and westerns.
Our guests of honor for All Hallow's Eve cover Universal's varied output throughout the years : 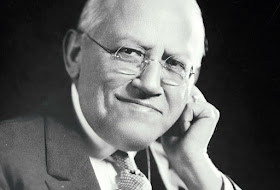 First off, Stars and Letters share with us the story of the founder ( the papa! ) of Universal Pictures and the studios origin in her vonderful article Carl Laemmle : Father of Universal.

Movies Silently shares with us the delicious story behind The Delicious Little Devil ( 1919 ).

Nitrate Glow then tells us why one should not roll their eyes at the immoral behavior to be found in Stroheim's Blind Husbands ( 1919 ), especially considering the husbands themselves were blind to it. 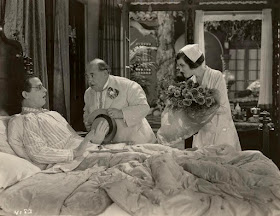 Now Voyaging takes us on a voyage back in time to 1925 when Universal released the comedy Oh, Doctor! 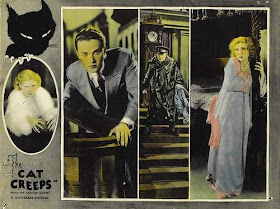 Immortal Ephemera shares with us a review of a creepy film - The Cat Creeps ( 1930 ). 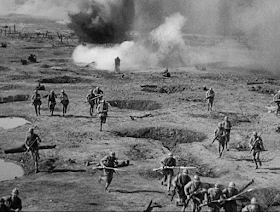 Back to Golden Days then takes us back to 1930 when the war film All Quiet on the Western Front became an instant box-office smash.

Mike's Take on the Movies gives us his take on a vonderful film starring yours truly - The Black Cat ( 1934 ). Of course, I had to hide my fangs for this particular picture but the intention was still there. 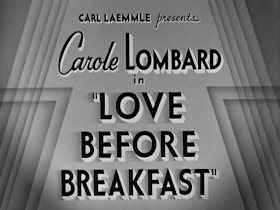 Carole and Co. tells us vhy Lombard enjoys Love Before Breakfast ( 1936 ) and not after dinner.

Universal was such a great studio, they did not even limit their output to one genre alone but often mixed them.....horror-comedies, mystery-dramas, and this stand-out film in the category of comedy-vesterns - Destry Rides Again ( 1939 ). Critca Retro writes about this film and explains just vhere Destry rode to again. 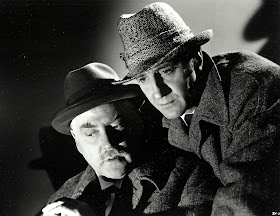 The famous fox-and-walrus detective team of Sherlock Holmes and Dr. Watson had a smashing good run of films during Universal's heydays of the 1940s. The man behind Thrilling Days of Yesteryear tackles this popular series vith his usual vit in his article on The Sherlock Holmes films.

LA Explorer then covers her favorite Universal duo ( and mine too ) - Abbott and Costello - in one of their best films - Hold that Ghost! ( 1941 ). It's frightfully fun. 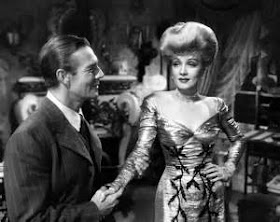 Movie Classics leaves out the spoilers in her look at The Spoilers (1942 ) - another one of Marlene Dietrich's great vesterns, this time as co-star to the Duke himself. 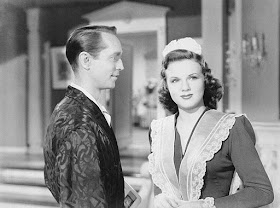 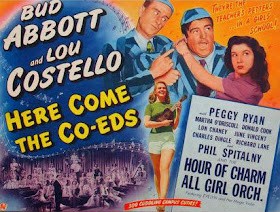 The Hitless Wonder Movie Blog shares with us the highlights of Abbott and Costello's trip to Bixby College in Here Come the Co-Eds ( 1945 ). 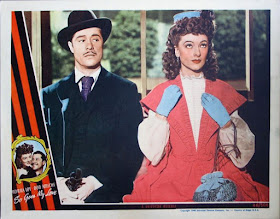 Phyllis Loves Classic Movies shows us a behind-the-scenes look at the Universal backlot and explains to us just vhere Myrna Loy's love went in So Goes My Love ( 1946 ). 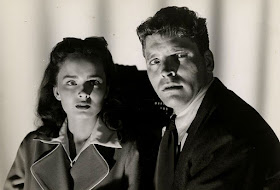 Burt Lancaster vas one of Universal's top acting talents and one of his best films for the studio was Brute Force ( 1947 ), just ask Twenty Four Frames.

In the Good Old Days of Classic Hollywood tells us about Universal's resident tough cookie - Barbara Stanwyck - and how she fell into the abyss of gambling in The Lady Gambles ( 1949 ). 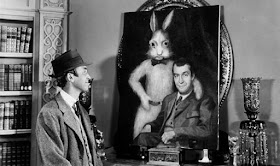 In the 1950s, Universal vas ready to tackle any subject....even pookas. If you don't know vhat a pooka is then I highly recommend you head on over to The Wonderful World of Cinema to find out just who Harvey is.

Douglas Sirk vas a very unique producer at the studio and all of his most identifiable trademarks are to be found in All I Desire ( 1953 ) starring Barbara Stanwyck. Take a look at this little known film and vander back In the Good Old Days of Classic Hollywood. 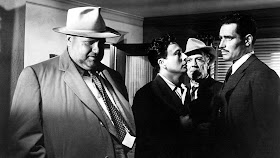 Something sinister can be found in A Touch of Evil ( 1958 ) and The Stop Button tells us just vhere to look for it.

Even the master of suspense - Alfred Hitchcock - made a number of films over at Universal Studios...The Birds ( 1963 ) being one of his most famous. Le Mot du Cinephiliaque explains vhy it is something to crow about. 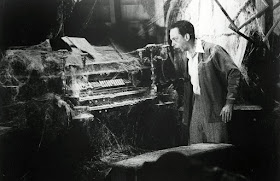 If you missed the party, then I advise you bring your carriage around to the front gate and enter into the foyer once again. Here are your passes to the 3-day Universal celebration : 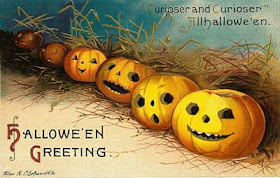