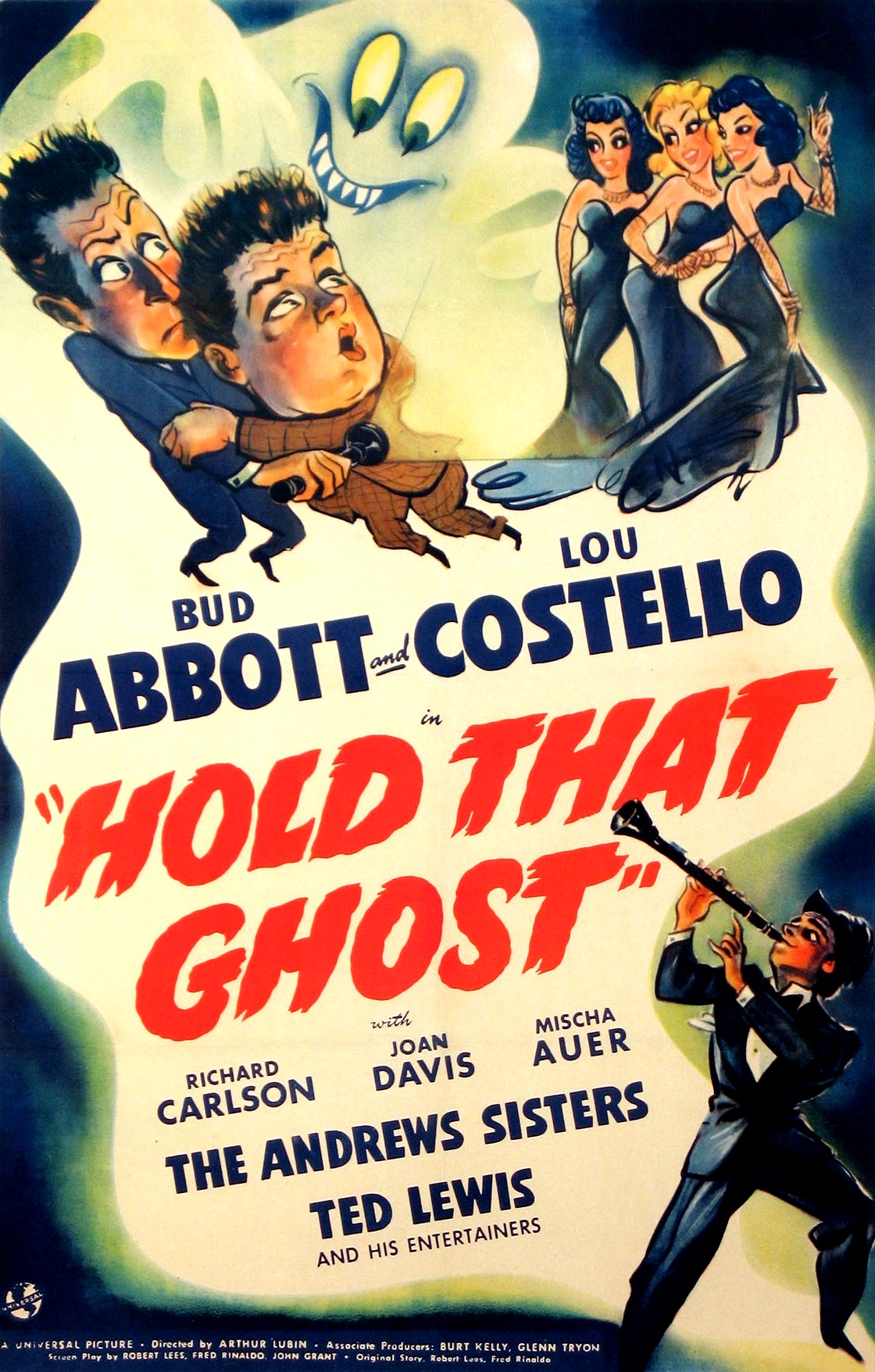 Gas station attendants Chuck ( Bud Abbott ) and Ferdie ( Lou Costello ) happen to be present when gangster Moose Matson ( William Davidson ) is shot by the police during a car chase. His last will and testament leave all that he owns to those who are present at his death, hence the boys inherit Moose's fortune which happens to be a rundown roadhouse in the outskirts of town. While checking out the property they inherited, they get stranded there on a stormy night with an odd conglomerate of travelers from the cab they were sharing. Moose's old cronies believe that Matson hid a fortune in the roadhouse and so they attempt to frighten Chuck and Ferdie and the other guests away from the house so they can search for the loot.

Hold That Ghost was the fourth of 35 films that the comedy team of Abbott and Costello made during the 1940s and 1950s and it ranks as one of their best. It has all the spooktacular features you would want to see in a haunted house comedy plus the added bonus of a great cast. Scream-queen Evelyn Ankers joins the duo as one of the guests at the roadhouse, as does Richard Carlson and slapschtick sensation Joan Davis. Marc Lawrence, one of the most famous film gangsters of the era, plays Charlie Smith who turns up stiff. Also making appearances are Shemp Howard, Mischa Auer, Bobby Barber ( who later played Stinky on The Abbott and Costello Show ), and Ted Lewis and the Andrews Sisters.

Abbott and Costello never needed any help from supporting players to add to their comedic fun, but Hold That Ghost is a real treat because of the presence of Joan Davis. This marvelous comedienne made a number of films as a leading star but her best performances were in films where she had a supporting role. In Hold That Ghost, she plays a fellow passenger who is stranded at the inn. Ferdie ( Costello ) finds her annoying and it is in the scenes where the two banter that most of the humor is found. They also share one of the best dance scenes put on film. Davis should have reteamed with Costello in their second mystery-comedy Who Done It? ( 1942 ) but instead that film featured Mary Wickes. 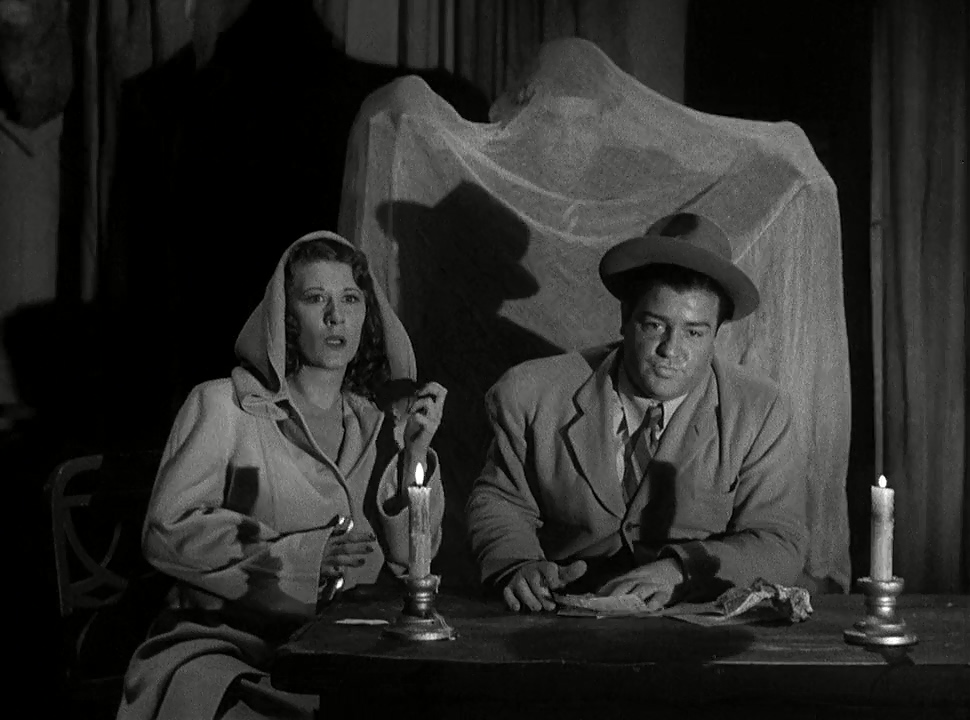 "I was ready to leave when he put the key in the front door!" - Lou Costello

From its wonderful animated opening credits to its peppy closing number ("Aurora" sung by the Andrews Sisters ), Hold That Ghost never lets up on the laughs. Many of the routines that Abbott and Costello would perform in this film, such as the moving candle trick, were later reused in future films and television episodes. The duo had skyrocketed to stardom after their first picture was released just a year earlier and it is amazing how quickly they had to be able to come up with comedy routines thereafter. Universal Studios had screenwriters penning scripts for them and the boys were busy filming month after month. In 1941 alone, four Abbott and Costello movies were released. 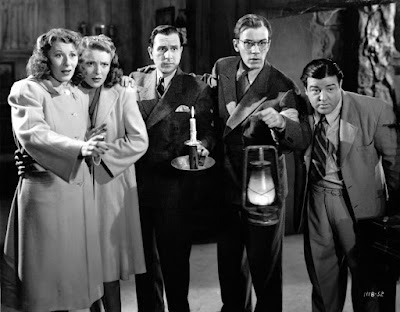 Hold that Ghost, originally titled Oh, Charlie!, was slated to be released right after Buck Privates but when that film became a blockbuster hit for Universal, the studio decided to put Oh, Charlie! on the shelf to give them time to make another service comedy in the vein of Buck Privates. In the Navy was quickly put into production and released right after completion. Since the Andrews Sisters had appeared in both films, it was decided that they would make a great addition to Hold That Ghost as well, so Abbott and Costello were brought back to the studio to film a new opening and closing that featured the singing threesome.
In spite of the popularity of both Hold That Ghost and Who Done It?, Abbott and Costello did not return to the mystery/horror genre until 1948 when they made Abbott and Costello Meet Frankenstein, which not only brought them back to the top of the box-office charts but launched a series of similarly themed monster comedies....unfortunately, none of which were as good as this gem.
The Metzinger Sisters at 7:46 PM
Share