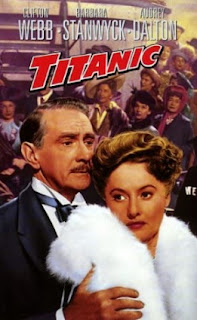 On April 15th, 1912, in the early morning hours, the luxury liner RMS Titanic sank in the waters of the North Atlantic after striking an iceberg. Over 1,500 passengers perished in one of the worst ocean disasters in history. Today marks the 110th anniversary of this tragic event, and so we'll be reviewing one of the many films that were made about the Titanic.

Jean Negulesco's Oscar-nominated drama Titanic ( 1953 ) was not the first film telling of the famous tragedy, but it certainly ranks as one of the best with its lush setting and star-studded cast. Clifton Webb and Barbara Stanwyck star as an unhappily married couple who struggle with family issues onboard the Titanic. These issues suddenly don't seem very serious when they face perishing in the icy waters. Traveling with them is their daughter Annette ( Audrey Dalton ), a young and beautiful socialite, and their son Norman ( Harper Carter ), a bright lad who is devoted to his father. Julia ( Barbara Stanwyck ) thinks her husband Richard is an elegant snob with very little character and sees that their children are becoming just as pompous as he, so she is whisking them off to America to get them away from the European society environment they are used to. Richard boldly sneaks onboard the ship and connives to lure the children back but when the iceberg hits the Titanic, he realizes their safety is more important than anything else.

The story of this family may be fictional but it plays out within a framework of facts. The opening sequence states that "All navigational details of this film - conversations, incidents, and general data - are taken verbatim from the published reports of inquiries held in 1912 by the Congress of the United States and the British Board of Trade." 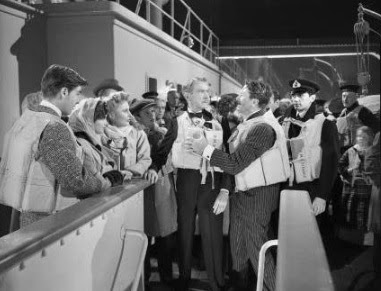 Titanic was one of 20th Century Fox's top productions of 1953 and it is clearly evident that all involved did their research in making the film historically accurate. The RMS Titanic sets are so meticulously crafted that the ship itself takes the center spotlight in every scene. Stanwyck probably never dreamt that she would have to vie with set props for the audience's attention.

Lyle Wheeler, Maurice Ransford, and Stuart Reiss won an Academy Award nomination for their work on the film's art and set direction, and must be applauded for their marvelous special effects too, which included the sinking of a 22-foot model of the liner. 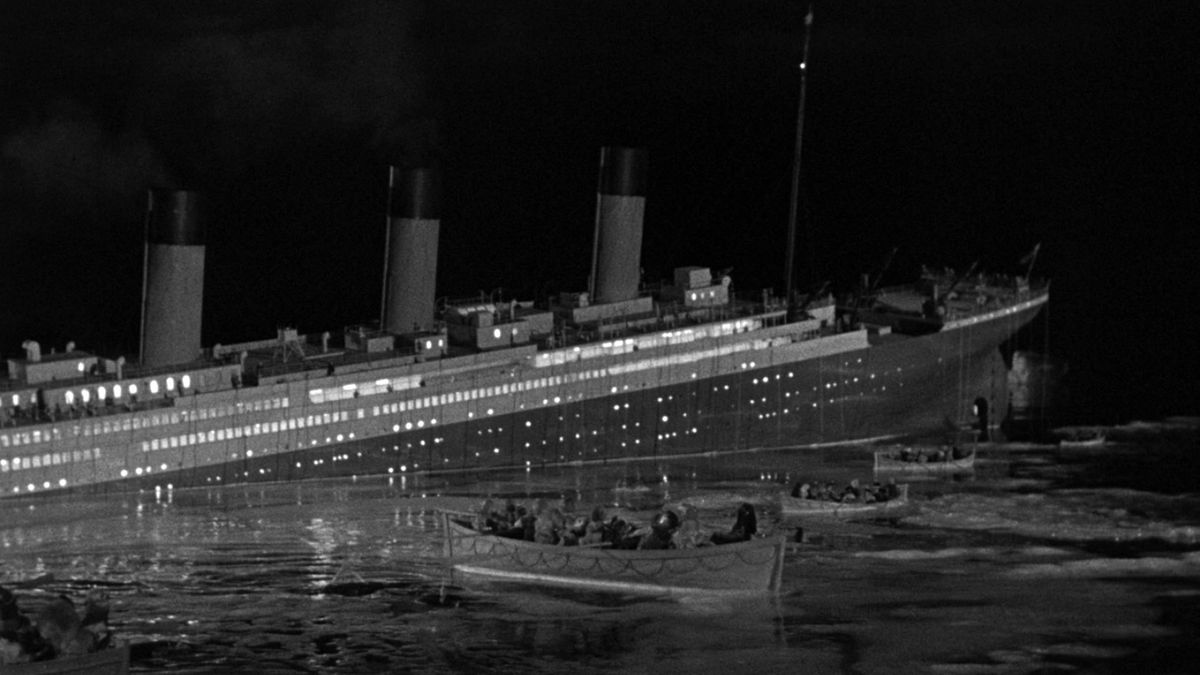 Charles Brackett and Walter Reisch penned a great tear-inducing script that holds your attention from the start. It is amazing how much drama is packed into this picture considering its runtime is half the length of James Cameron's 1997 telling of the Titanic. 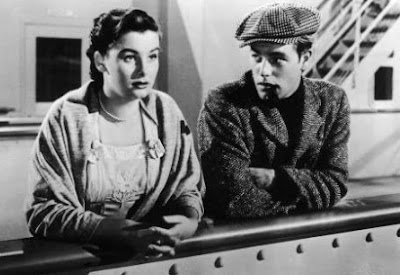 Titanic is available on DVD, Blu-Ray, and through streaming via Tubi. You can also watch it for free online at Tubitv.com
The Metzinger Sisters at 1:01 PM
Share